Halloween Is a Time to Have Fun, Wear Costumes and Eat Candy…But There’s One More Thing You May Find Helpful to Remember

Mine occurred during the fall of 1980. My children’s father and I had decided to spend a year exploring the United States while I spoke at 100 different churches around the country.

We bought an old Checker Marathon to drive around in, and a 28-foot travel trailer to tow behind for all of us to cook, eat and sleep in.

Together, with our four children under the age of 13 and two cats, we left Oregon on an adventure of a lifetime.

Our first stop was California. We parked at the state campground in San Clemente while I began meeting with different people, scheduling workshops and learning the ropes of something I didn’t yet know how to do.

It was October, and my two older boys, John and Rich, loved to go down to the beach so they could ride the waves on their boogie boards.

A few nights before Halloween, we were having dinner in the trailer when all of a sudden John said,

“My boogie board! I think I left it in the shower at the beach!”

He ran to get the boogie board, and when he came back, I could tell he was sad.

“Somebody took the boogie board. It’s gone,” he said.

At that time, boogie boards cost about $80, and we simply didn’t have the money to buy a new one.

So I said, “Well, you’ll have to share the boogie board for now, and we’ll go to some garage sales to see if we can find you another one.”

We soon found out that because we were right by the beach, boogie boards for sale get scooped up fast.

No board, no boogie

Days went by, and we had no luck finding a boogie board at any garage sales we visited.

When Halloween night came, we didn’t have money for costumes, so the kids put on some different clothes we had, I put makeup on their faces, and we went out trick-or-treating. We also gave out candy and ended up having a fun night! 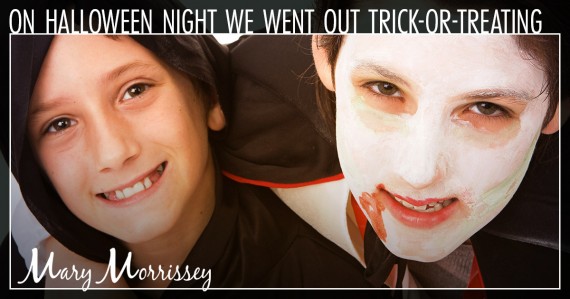 About a week or so later, we went to the local mall to buy a new pair of shoes for John. While we were at Foot Locker, John struck up a conversation with a young sales guy in his twenties, and they started bonding over football.

The young man asked my son what he did for fun while he was in California. John told him how he loved to boogie board and then told him the story of losing his board.

The young sales guy then looked at John and said, “You know what? I’ve gotten into surfing myself, and I have a practically brand-new Morey boogie board in my garage. I’m off in 10 minutes and if your mom will drive you over, I’ll give you that boogie board.”

John’s eyes got really big, as if to say,

“Really? You’re giving me a boogie board?”

So we got into the car, started following this young guy to his house so he could give John this boogie board, and I looked at John.

His eyes were filling up with tears and I asked,

John started to answer, but he could barely string two words together in a coherent manner. Then came the truth:

“Mom…Just a couple of days ago I walked in the trailer and nobody was there. Rich had left all his Halloween candy laying out on the upper bunk, and I looked up and I thought he would never know if I took three pieces of candy. But then this voice inside me said, ‘But YOU will know.’ So, I decided not to take the candy and I really think God’s rewarding me now, because I did the right thing.”

Long story short, John did get his boogie board, and he and Rich went back to having their fun in the water.

I told John later that I didn’t know if God was the one who rewarded him, but what I knew for sure was that John felt better about himself because he did what he knew was the right thing.

Just like John realized, no mask can keep you from knowing who you really are

It doesn’t matter what the world knows. Deep down, you know who you are and what you do when no one is looking. 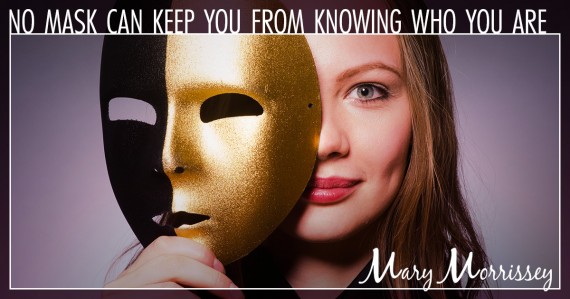 So, when you put on your costume or mask this Halloween, know this:

There’s a place inside of you that knows that when you live in integrity with who you really want to be, good things go before you and good things will come to you.

From our family to yours, Happy Halloween!